Marine expert Dr Kevin Flannery has called for a commission of inquiry into how successive governments have managed Ireland’s fish resources.

In a Irish Independent reporting on the impact of the €60m whitefish fishing fleet dismantling scheme – totaling €80m including tax credits – Flannery also says people will be driving around the west coast in few years and wonder where all the Irish ships have gone.

The decommissioning program aims to scrap 60 vessels, or a third of the active whitefish fishing fleet, at a time of growing food safety concerns.

It will be financed by the Brexit adjustment reserve to compensate for quota losses due to Brexit.

“In reality, an Irish skipper would be better off taking the dismantling money now and buying a French-registered vessel to fish his quota,” says Flannery.

“The Spaniards have been doing it for years, and now the Dutch are doing it too. Take a well-known Dutch fishing company and their turnover is equal to the total turnover of the Irish fleet.

“Our politicians still seem to view fishing as a problem, rather than an industry that could help us achieve food security,” Flannery says.

Flannery says Shetland buys tonnage from vessels to keep for their fishermen, who may need them later, and thinks Ireland should not permanently scrap viable vessels.

“We have the best and most productive waters in Europe,” says IFPO’s Aodh O’Donnell, stressing that the government here has a duty to initiate development plans for those who remain in the fleet.

“Irish fish farmers have contributed to the sustainable management of fish stocks, while others have been able to exploit the resources of our rich waters. Decommissioning is our government’s solution to a historic legacy of non-delivery for industry and coastal communities,” O’Donnell said. 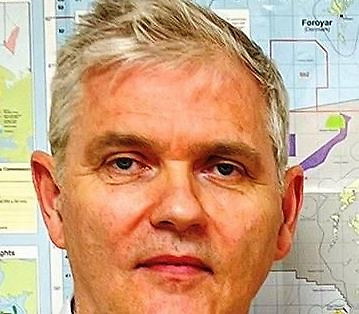 “I think my family had been involved in fishing since before the Famine,” she says. “My grandfather fished, my father, my brothers, my cousins… and now I may be the last of that line.”

“If farmers in Munster – a beautiful green province – were told that they have to sell their farms to one or two investment companies, there would be an outcry, but that is the agricultural equivalent of what is happening here . And once you’ve surrendered your licence, there’s no going back…”

Is the electoral commission up to the task?